Last week we spoke all about File Integrity, confidentiality and security.  This week we look at the different record storage systems. 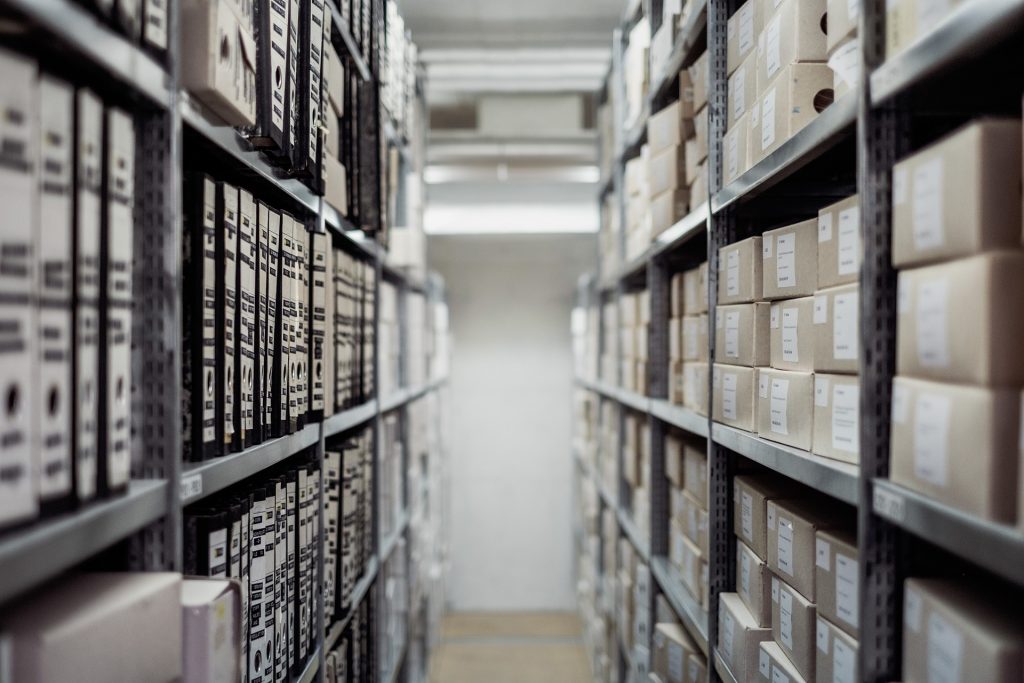 A subject system can be direct or indirect access system.  When the system is direct, the subject file is a simple one (with only a few subjects) and access can be obtained directly through its alphabetic title.  Keeping the subjects in alphabetical order is necessary.

Most subject systems are more complex and require some type of index.  An index is a listing of the names or titles used in a filing system.  Without an index, it is almost impossible for the subject storage method to work well.  The index may include several levels.

The alphabetical storage method uses the letters of the alphabet to determine the order in which a record is filed.  This is the most common method used for storing records.  Records are filed according to the Filing Rules and Standards discussed later.  Special guides used to lead the eye quickly to a specific area of the file are in second position.  A general folder holds records for names that do not have enough records (usually three to five records) to warrant an individual folder.

Records in the folder are arranged alphabetically.  If there are two or more records for the same name, the records arranged by date with the most recent date in front.

Advantages of an alphabetic system include:

Under the numeric storage method records are given numbers and are arranged in a numeric sequence when stored.  The numeric method is particularly useful to the following organisations:

In practice, here is how the numeric method works:

Another variation of an alphabetic system is the geographic storage method in which related records are grouped by location.  Geographic filing is considered a direct method if you know the location of the file needed.  If you do not, it is an indirect system and requires a separate geographic index file in a physical system or the appropriate keywords (unique identifiers) set up for an electronic system so you can query the system in a variety of ways.  Geographic filing is particularly useful for these types of organisations:

In the consecutive storage method, also called serial or straight number filing, each digit is an indexing unit.  The first digits of a number are compared to determine filing order.  When the first digits are the same, the second digits are compared and so on.  The numbers used may be part of the record itself, such as a number on an invoice, or the number may be written on the record.  As each new record is added to the system, the number assigned becomes higher.

The terminal-digit storage method is another variation of numeric filing.  In the basic numeric method, as the files increase, the numbers assigned become higher.  Each new file needs to be placed behind all the low numbered files, which means that the file arrangement expands at the back.

This arrangement can be inconvenient.  One alternative is the use of terminal-digit filing in which a number is divided into three groups of digits.  Example:  129845 becomes 12-98-45.  By adding zeros to the left of a smaller number, three groups are created.  The number 68559 becomes 06-85-59.  The purpose is to indicate primary (first), secondary and tertiary (final) groupings of numbers.  These primary, secondary and tertiary numbers tell the location of the record.

Which one do you think would be the best in your office.

Next week we will be starting our new theme – to make you ready for all those end of year functions, we will be looking at Networking for Success, discussing topics like